With Krill, operators get centralised management of Route Origin Authorisations (ROAs) in an intuitive user interface. Getting started with Krill is easy. After installation and minimal configuration, the user interface, command line interface, API and Prometheus monitoring endpoint are immediately available via the built-in web server. 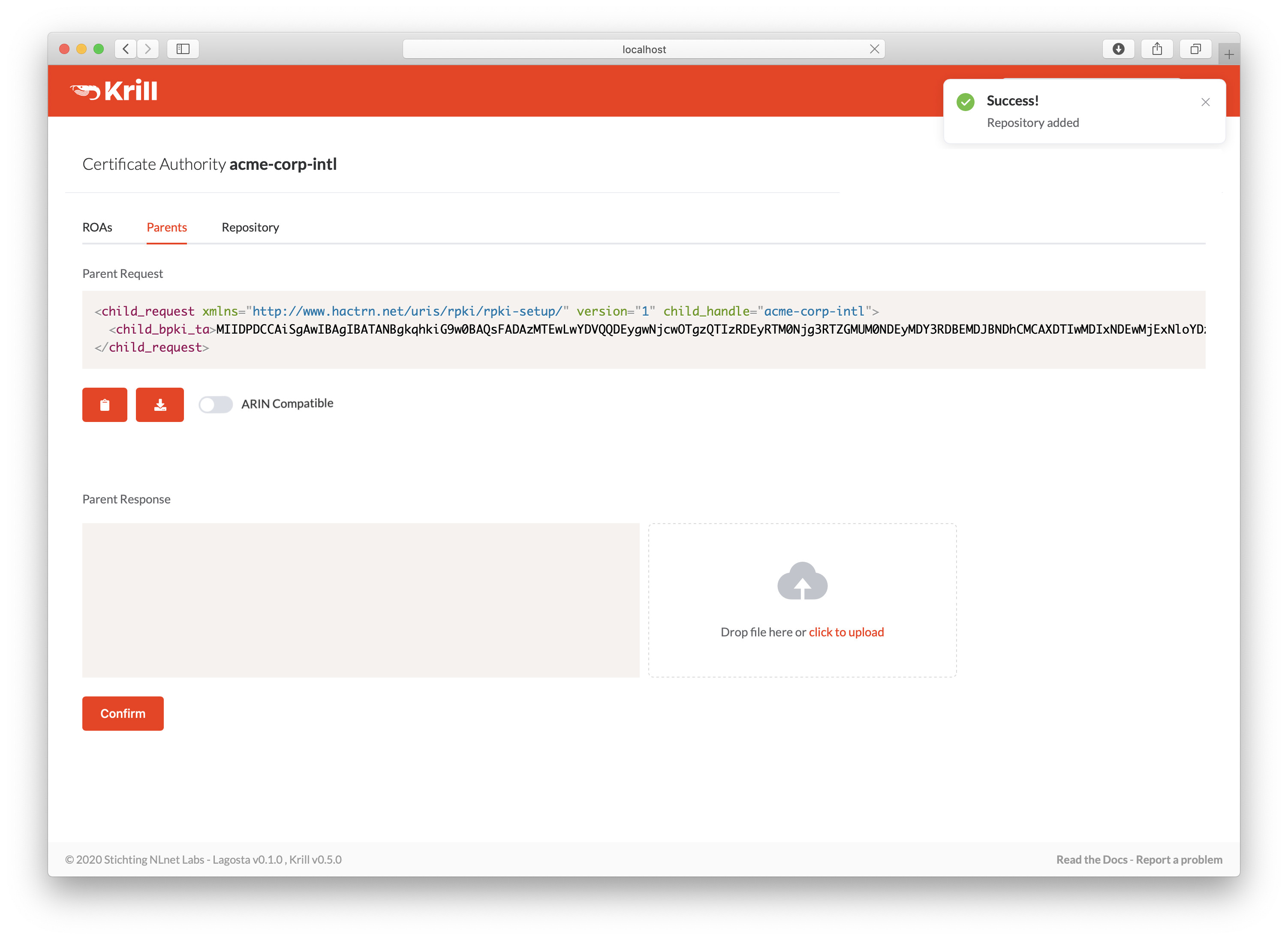 Krill guides users through the setup with their parent RIR/NIR

If Krill is configured to run under multiple parent RIRs, Route Origin Authorisations (ROAs) can be managed as a single pool, simplifying maintenance and monitoring.

Written in the Rust programming language, Krill is extremely robust and lightweight, letting organisations run it on minimalist hardware. A publication server is included in Krill, but can also be run as an independent component. This means organisations can host certificates and ROAs themselves or let a third party, such as their RIR, do it on their behalf.

Summarising, Krill is intended for:

RPKI background, guides, installation and configuration on Read the Docs